Rheumatoid arthritis is an inflammatory disorder that is chronic in nature and which affects the small joints in the hands and feet. This disease affects the lining of joints resulting in painful swelling that can cause bone erosion along with joint deformity.

This autoimmune disorder occurs when the body’s immune system instead of attacking foreign bodies attacks the body’s own tissues. Rheumatoid arthritis or RA in addition to causing joint problems can affect various other organs like the skin, lungs, eyes and blood vessels.

Diagnosis of this ailment is carried out based mainly on symptoms. Blood tests are also carried out for identifying rheumatoid factor. X-rays are also used to identify deformities.

Treatment can include exercises and splint or through the use of nonsteroidal anti-inflammatory drugs, disease-modifying antirheumatic drugs or immunosuppressive drugs. Sometimes, however, surgery is also recommended. The cause of Rheumatoid Arthritis, however, remains unknown. 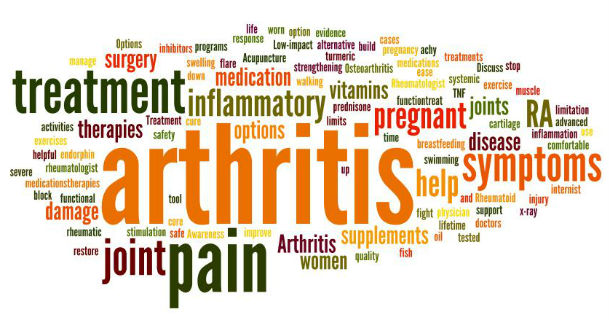 Symptoms of RA may include one or more of the following:

Rheumatoid arthritis in its early stages usually affects the smaller joints particularly those that attach your fingers to your hands and your toes to your feet.

However, with the progression of the disease, symptoms often spread to the wrists, knees, ankles, elbows, hips, and shoulders. In most of the cases, the symptoms appear in the same joints on either side of the body.

The signs and symptoms of RA vary in severity and may even come and go. Periods of an increased disease called flares can alternate with periods of relative remission when the swelling and pain fade or disappear.

The inflamed joints are generally painful and often stiff, particularly after awakening (lasting for more than 60 minutes) or after prolonged inactivity. Rheumatoid arthritis may cause a loss of appetite including weight loss accompanied by a  low fever. 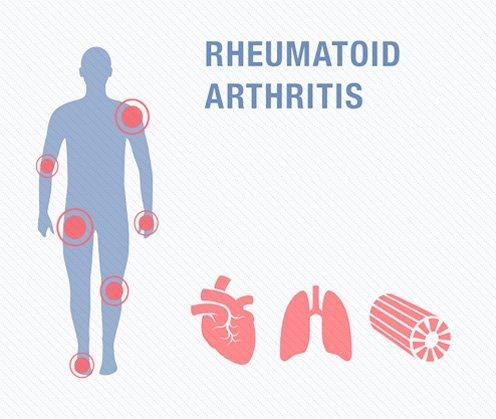 Affected joints are often red, tender, warm, and enlarged because of swelling of the soft tissue and along with the fluid within the joint. Joints may freeze in one position which makes it difficult for them to bend or open fully, resulting in a limited range of motion.

Swollen wrists can pinch a nerve and result in numbness or tingling because of carpal tunnel syndrome. Cysts, which may develop behind affected knees, can rupture, resulting in pain and swelling in the lower legs. Up to 30% of people with rheumatoid arthritis have hard bumps (known as rheumatoid nodules) under the skin near sites of pressure (such as the back of the forearm near the elbow).

How to identify RA?

The hands, wrists, feet, and knees are usually the first joints affected. RA usually affects several joints on both sides of your body. Over time, it may also affect larger joints, such as your jaw, shoulders, and hips.

How can my doctor tell if I have RA?

Your doctor may order blood tests, a joint fluid analysis (that tests the fluid in the joints for other possible causes of pain) and X-rays to help make a diagnosis.

Rheumatoid arthritis occurs when your immune system attacks the lining of the membranes that surround your joints called the synovium. The resulting inflammation thickens the synovium, which gradually destroys the cartilage and bone within the joint. The ligaments and tendons that hold the joint together weaken and stretch. Gradually, the joint loses its shape and alignment.

Rheumatoid arthritis is difficult to diagnose in its initial stages as the early signs and symptoms mimic those of many other diseases. There is no single blood test or physical finding to confirm the diagnosis.

People with RA tend to have a higher erythrocyte sedimentation rate (ESR, or sed rate), which underlines the presence of an inflammatory process in the body. Other common blood tests look for rheumatoid factor and anti-cyclic citrullinated peptide (anti-CCP) antibodies.

Your doctor can recommend X-rays to track the progression of RA in your joints over time. 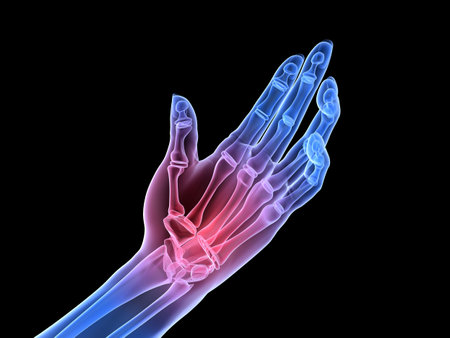 Disease-modifying antirheumatic drugs (DMARDs). These drugs can slow the progression of rheumatoid arthritis and protect the joints and other tissues from permanent damage.

If medications fail to prevent or slow damage, surgery may also be required. Surgery can help restore your ability to use your joint. It can also prevent pain and correct various deformities.

Can RA be cured?

RA is a lifelong disease. If it is treated, it will go away for a little while, but it usually comes back. It is necessary to consult your doctor as soon as you begin to experience symptoms.

What can I do to care for myself if I have RA?

Regular, graded exercise can strengthen the muscles around your joints and relieve fatigue. Mild water aerobics or walking are good exercises to start with. Losing weight if you are overweight and eating a healthy diet can also help. Use heat to reduce pain and stiffness (with the help of a hot shower or a heating pad).

Severely inflamed joints should be rested, as using them can aggravate the inflammation. A regular, healthy diet is generally appropriate. A diet rich in omega-3 fatty acids (fish) and plant oils but low in red meat can partially relieve symptoms in some people.

Along with medicines to reduce joint inflammation, a treatment plan for rheumatoid arthritis should comprise of non-drug therapies, like exercise, physical therapy (massage, traction, and deep heat treatments), occupational therapy (which includes self-help devices), and sometimes surgical treatment. Heat therapy can be helpful as heat enhances the muscle function by working on stiffness and muscle spasm. For many people, the exercise in warm water may be an easier option.