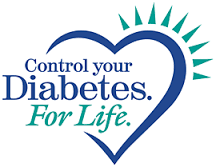 It is not uncommon for most people, particularly in the Indian subcontinent and more so in the rice consuming southern states to get anxious as they cross the age of forty. Any disturbance in their health like feeling tired, excessive sweating, excessive hunger etc. is attributed either to high BP or the onset of Diabetes.

It is not without reason that such a fear psychosis has spread in the population. Diabetes which is more commonly the Type II variety has increased its stranglehold on the populace thanks to the eating habits and also lack of excercise owing to sedentary jobs which go with minimum movement of the limbs.

However, most of the concerned medical professionals have begun to identify that polished rice with all its vital ingredients removed, could be one of the important factors for the burgeoning of this problem. So brown rice could be a very good alternative if not the panacea for this problem.

With so many people being diabetic and so many more prone to this problem, it is very important to know what are the chief symptoms of this problem and efforts required in preventing it from taking ominous proportions and crippling the productivity, efficiency and quality of life of the affected population. 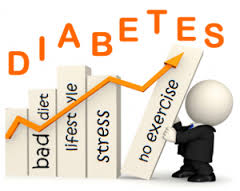 Diabetes mellitus or diabetes is identified as a metabolic disease which is characterized by high sugar levels for longer periods of time. Symptoms of this problem include the urge to urinate frequently, coupled with increased thirst and hunger. The disease if unattended to can cause numerous complications. Some of the serious long-term complications comprise of cardiac problems, stroke, chronic kidney failure, foot ulcers, and even damage to the eyes ( diabetic retinopathy).

The three types of diabetes are:

Type 2 DM starts with a condition known as insulin resistance in which cells fail to respond to insulin properly. The progress of the disease can also result in lack of insulin. Earlier termed as “non insulin-dependent diabetes mellitus” (NIDDM) or “adult-onset diabetes”, this problem is mainly caused due to inactive lifestyles resulting in increased body weight.

Prevention and treatment of this problem involve having a healthy diet, regular physical exercise, ensuring normal body weight, and completely avoiding the use of tobacco. Control of blood pressure and maintaining proper foot care are also vital for people who are already afflicted with the disease. Type 1 DM must be managed with insulin injections.

Type 2 DM can be treated with medications with or without insulin. Insulin and some oral medications can cause low blood sugar. Weight loss surgery for obese people could be an option for those suffering from type 2 DM. Gestational diabetes on the other hand usually resolves after the birth of the baby.

Thus all said and done, proper care and healthy habits are indispensable to stem the spreading of this problem which prevents people from leading quality lives.